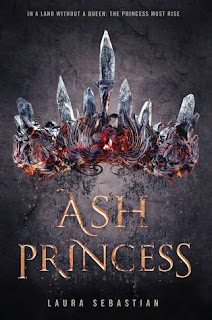 Theodosia was six when her country was invaded and her mother, the Queen of Flame and Fury, was murdered before her eyes. Ten years later, Theo has learned to survive under the relentless abuse of the Kaiser and his court as the ridiculed “Ash Princess.” Pretending to be empty-headed and naive when she's not enduring brutal whippings, she pushes down all other thoughts but one: Keep the Kaiser happy and he will keep you safe.

When the Kaiser forces her to execute her last hope of rescue, Theo can't keep her feelings and memories pushed down any longer. She vows revenge, throwing herself into a plot to seduce and murder the Kaiser's warrior son with the help of a group of magically gifted and volatile rebels. But Theo doesn't expect to develop feelings for the Prinz. Or for her rebel allies to challenge her friendship with the one person who's been kind to her throughout the last hopeless decade: her heart's sister, Cress.

Cornered into impossible choices and unable to trust even those who are on her side, Theo will have to decide how far she's willing to go to save her people and how much of herself she's willing to sacrifice to become queen.

I have to tell you a secret....I've actually already read this title....I downloaded it from NetGalley and I was surprised at how much I LIKED IT!!  Have you heard of Ash Princess before? If not, I think it is one you need to look into because to me, it was a great read!
- Christinabean
Posted by Christinabean at Wednesday, April 18, 2018 No comments: 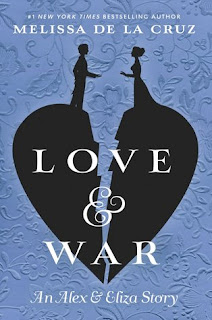 As the war for American Independence carries on, two newlyweds are settling into their new adventure: marriage. But the honeymoon's over, and Alexander Hamilton and Eliza Schuyler are learning firsthand just how tricky wedded life can be. Alex is still General George Washington's right-hand man and his attention these days is nothing if not divided--much like the colonies' interests as the end of the Revolution draws near. Alex & Eliza's relationship is tested further by lingering jealousies and family drama. 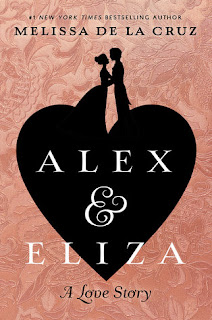 Ah, here we go.  Let's take a better look at this series now.

Their romance shaped a nation. The rest was history.1777. Albany, New York. As battle cries of the American Revolution echo in the distance, servants flutter about preparing for one of New York society’s biggest events: the Schuylers’ grand ball. Descended from two of the oldest and most distinguished bloodlines in New York, the Schuylers are proud to be one of their fledgling country’s founding families, and even prouder still of their three daughters—Angelica, with her razor-sharp wit; Peggy, with her dazzling looks; and Eliza, whose beauty and charm rival that of both her sisters, though she’d rather be aiding the colonists’ cause than dressing up for some silly ball. Still, she can barely contain her excitement when she hears of the arrival of one Alexander Hamilton, a mysterious, rakish young colonel and General George Washington’s right-hand man. Though Alex has arrived as the bearer of bad news for the Schuylers, he can’t believe his luck—as an orphan, and a bastard one at that—to be in such esteemed company. And when Alex and Eliza meet that fateful night, so begins an epic love story that would forever change the course of American history.

Ahhh...who doesn't love a good romance during wartime, eh? so I did a bit of scanning and this series was inspired by the Hamilton musical? I have not seen it but there certainly seems to be a lot of buzz about it. Enough to make me interested in learning more.  How about you? Fancy a love story?

Waiting on Wednesday - The Fates Divide by Veronica Roth 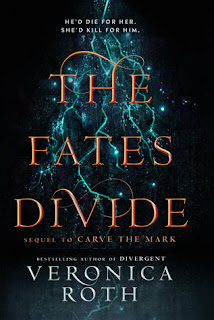 In the second book of the Carve the Mark duology, globally bestselling Divergent author Veronica Roth reveals how Cyra and Akos fulfill their fates. The Fates Divide is a richly imagined tale of hope and resilience told in four stunning perspectives.Fate brought them together. Now it will divide them.The lives of Cyra Noavek and Akos Kereseth are ruled by their fates, spoken by the oracles at their births. The fates, once determined, are inescapable.Akos is in love with Cyra, in spite of his fate: He will die in service to Cyra’s family. And when Cyra’s father, Lazmet Noavek—a soulless tyrant, thought to be dead—reclaims the Shotet throne, Akos believes his end is closer than ever.As Lazmet ignites a barbaric war, Cyra and Akos are desperate to stop him at any cost. For Cyra, that could mean taking the life of the man who may—or may not—be her father. For Akos, it could mean giving his own. In a stunning twist, the two will discover how fate defines their lives in ways most unexpected.

Once there was an author named Veronica Roth who penned a little series called Divergent.  And then it became a huge hit and was turned into a movie.  Yeah, it's that Veronica Roth.  And this is the second book to her second series.  Have you read Carve the Mark? Then rev your engines for book #2 which is on the shelves now since it was released yesterday!

Waiting on Wednesday - Ace of Shades by Amanda Foody 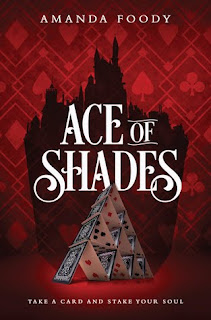 Welcome to the City of Sin, where casino families reign, gangs infest the streets…
and secrets hide in every shadow.

Enne Salta was raised as a proper young lady, and no lady would willingly visit New Reynes, the so-called City of Sin. But when her mother goes missing, Enne must leave her finishing school—and her reputation—behind to follow her mother’s trail to the city where no one survives uncorrupted.

Frightened and alone, her only lead is a name: Levi Glaisyer. Unfortunately, Levi is not the gentleman she expected—he’s a street lord and a con man. Levi is also only one payment away from cleaning up a rapidly unraveling investment scam, so he doesn't have time to investigate a woman leading a dangerous double life. Enne's offer of compensation, however, could be the solution to all his problems.

Their search for clues leads them through glamorous casinos, illicit cabarets and into the clutches of a ruthless mafia donna. As Enne unearths an impossible secret about her past, Levi's enemies catch up to them, ensnaring him in a vicious execution game where the players always lose. To save him, Enne will need to surrender herself to the city…

And she’ll need to play.

I have seen this title floating around for a few weeks now and it sounds like something I might be interested in.  A new author, a new series, who doesn't like a game of chance once in awhile?
- Christinabean
Posted by Christinabean at Wednesday, April 04, 2018 2 comments: 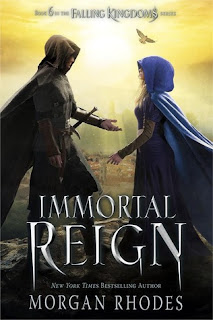 As two lethal elemental gods set out to destroy Mytica, sworn enemies must become allies in the final fight to save the kingdoms.Jonas continues to willfully defy his destiny, but the consequences of plotting his own course are drastic. As the fight for Mytica rages on, he must decide just how much more he's willing to sacrifice.Lucia knows there's something special about her daughter and she'll do anything to protect her, even if that means facing Kyan alone.Amara is called back home to Kraeshia. Grandma Cortas has her own plans for Mytica's future. She promises Amara power, revenge, and dominance if she agrees to be part of her scheme.Magnus and Cleo's love will be put to the ultimate test. Dark magic is causing widespread destruction throughout the kingdom. Enemies across the sea are advancing. And unrest is stirring throughout the land. Is their love strong enough to withstand the outside forces tearing them apart?

So...nearly a year ago I started a subscription to Audible.  I now listen to audiobooks quite frequently because I might be able to multitask while I listen and I like to hear different accents and voices for characters.  One really cool thing about Audible is that I can also pre-order titles.  One of the series that I have been reading over the past few years is the Falling Kingdoms series by Morgan Rhodes.  What I had not realized is that my pre-order for this title had been sitting in my account for nearly a month!!  So guess what I found a few days ago? It's like finding treasure! Very excited to listen to Book #6.  There are a lot of characters so I wonder how well the narration compares to the voices in my head.  :)  The book voices I mean! (haha!)