The Essence by Kimberly Derting 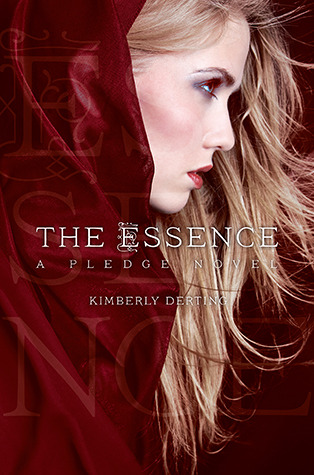 “Danger, dread, mystery, and romance” (Booklist) continue in the second book of The Pledge trilogy, as Charlie’s reign is under siege from the most unusual of enemies.At the luminous conclusion of The Pledge, Charlaina defeated the tyrant Sabara and took her place as Queen of Ludania. But Charlie knows that Sabara has not disappeared: The evil queen’s Essence is fused to Charlie’s psyche, ready to arise at the first sign of weakness.Charlie is not weak, but she’s being pushed to the brink. In addition to suppressing the ever-present influence of Sabara, she’s busy being queen—and battling a growing resistance determined to return Ludania to its discriminatory caste system. Charlie wants to be the same girl Max loves, who Brook trusts, but she’s Your Majesty now, and she feels torn in two.As Charlie journeys to an annual summit to meet with leaders of nearby Queendoms—an event where her ability to understand all languages will be the utmost asset—she is faced with the ultimate betrayal. And the only person she can turn to for help is the evil soul residing within.

Review:
The Pledge was such a fascinating novel and I was counting down the days for the Essence to be released.

While I did enjoy The Essence, it lacked a lot of the initial intrigue of The Pledge and I found myself frustrated with Charlie's lack of honesty with her friends.  The same friends who supported her and stood behind her in the rebellion.  Why would she not share with them that Sabara still existed? Leaning on your friends and people you trust is a part of making things work.  Making a kingdom work especially when implementing HUGE changes to societal rules requires a dedicated staff. Another thing that irked me about Charlie was her lack of interest in her personal safety.  As the monarch of a country, she should be heeding her advisor's warnings and put her safety first if she wants to rule.  This is where Sabara's influence could have come in.  Her experience could be teaching Charlie how to be successful.  I was so frustrated with Charlaina's attitude by the end of the book that I actually began to wonder if I had missed something very important in book #1.  (So much so that I picked it up from the library and I'm going to re-read it. Sad huh?)

Despite my griping on the main character's flaws, The Pledge series is still a favorite.  Kimberly Derting ranks as one of my favourite authors.  Both her series - The Body Finder and The Pledge would be in my top 10 and she definitely doesn't get enough credit for her work.  By the end of the Essence, I couldn't wait to learn more aobut the neighboring Queens and their territories.  Even though Sabara was brutally evil in book 1, we see a different side of her in The Essence when love comes into play.  She has a sense of vulnerability and, as a reader, I'm not sure whether to trust it.

Overall, Ms. Derting quenched my thirst for a bit of fantasy and romance sprinkled with a touch of the supernatural.  Bring on Book 3!! (Still untitled and to be released in 2014...awwwww!)
Posted by Christinabean at Thursday, February 14, 2013