Shout Out to Indies - Seabound by Jordan Rivet 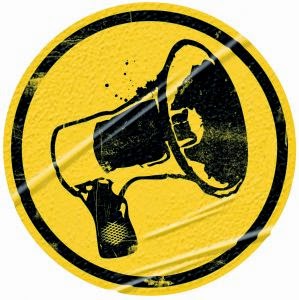 We here at The Paperback Princesses often receive emails from Indie authors requesting reviews and are blessed with free book copies. Often we are unable to get to so many titles before our mass market published books take over our TBR shelves. That doesn't mean there aren't plenty of great reads though! We want to give back to those Indie authors and are declaring EVERY SECOND SUNDAY our SHOUT OUT TO INDIES MEME. For those of fellow bloggers, please feel free to add our meme to your regular schedule. We only ask that you quote and link back to us as a courtesy. For all of you Indie authors, we invite you to contact us at the contact link to your top left. We will select 1 - 3 titles (each time we post) that sound interesting.

When an apocalyptic catastrophe decimates the land, a lucky few escape to sea. 1,003 survivors make their home on a souped-up cruise ship called the Catalina. After sixteen years, the strain begins to show in a floating world of distrust and shifting allegiances. Esther is a young mechanic who wants to prove herself, and she’s willing to take risks in the name of progress. But when the fresh water tanks explode, endangering the lives of everyone aboard the Catalina – it’s all Esther’s fault. With only a little water left, the crew of the Catalina must use its last fuel to sail for help. They head to an unknown seabound metropolis called the Galaxy Flotilla. The inhabitants of the Galaxy are keen to parade their lives of luxury, but what do the saviors really want in return for their warm welcome? And what is really going on below decks? When disaster strikes again, Esther must fight to save the lives of her friends aboard the Catalina before it’s too late. Find out how far Esther is willing to go to save her home in Seabound, the fast-paced first novel of the Seabound Chronicles. Available as a paperback and e-book from the following retailers:
Amazon | Barnes & Noble | Kobo | Apple

We asked Jordan why she likes to write YA/crossover novels:

On why I write crossover novels:

I write fiction for adults who love YA. There are so many terrific YA books with immersive world-building and riveting characters. They are fast-paced, heartfelt, and unpretentious. Adults (myself included) read YA just as much as teenagers do because we want to get completely lost in a fictional world. I wanted to write something for these readers, but I also wanted to explore the possibilities for a slightly older character in a YA-like dystopian setting.

The main character of Seabound, a ship's mechanic named Esther, is 22 years old. She has more responsibility on the ship than she would as a teenager and her skills are more advanced. However, she is still trying to prove herself and figure out her place in the world. YA fiction is often about coming of age, and Esther strives to do that in the midst of extraordinary (and often life-threatening) circumstances. I hope her story will resonate with YA readers of any age.

Jordan Rivet is an American author of post-apocalyptic fiction. She lives in Hong Kong.

Email ThisBlogThis!Share to TwitterShare to FacebookShare to Pinterest
Labels: shout out